This research aimed to find out the effect of CTL model towards the student's science literacy on bio diversity inMAN 2 Banyumas. This quasi experiment research was conducted in September 2018 using posttest only controlgroup design. The samples of this research were the tenth graders of MIPA 3 as the control class and the tenth graders of MIPA 5 as the experiment class that were chosen using cluster random sampling. The data of this research were the student's science literacy score that included content, context, and science process which were collected using written test and observation. The written test was used to measure the content and context of the 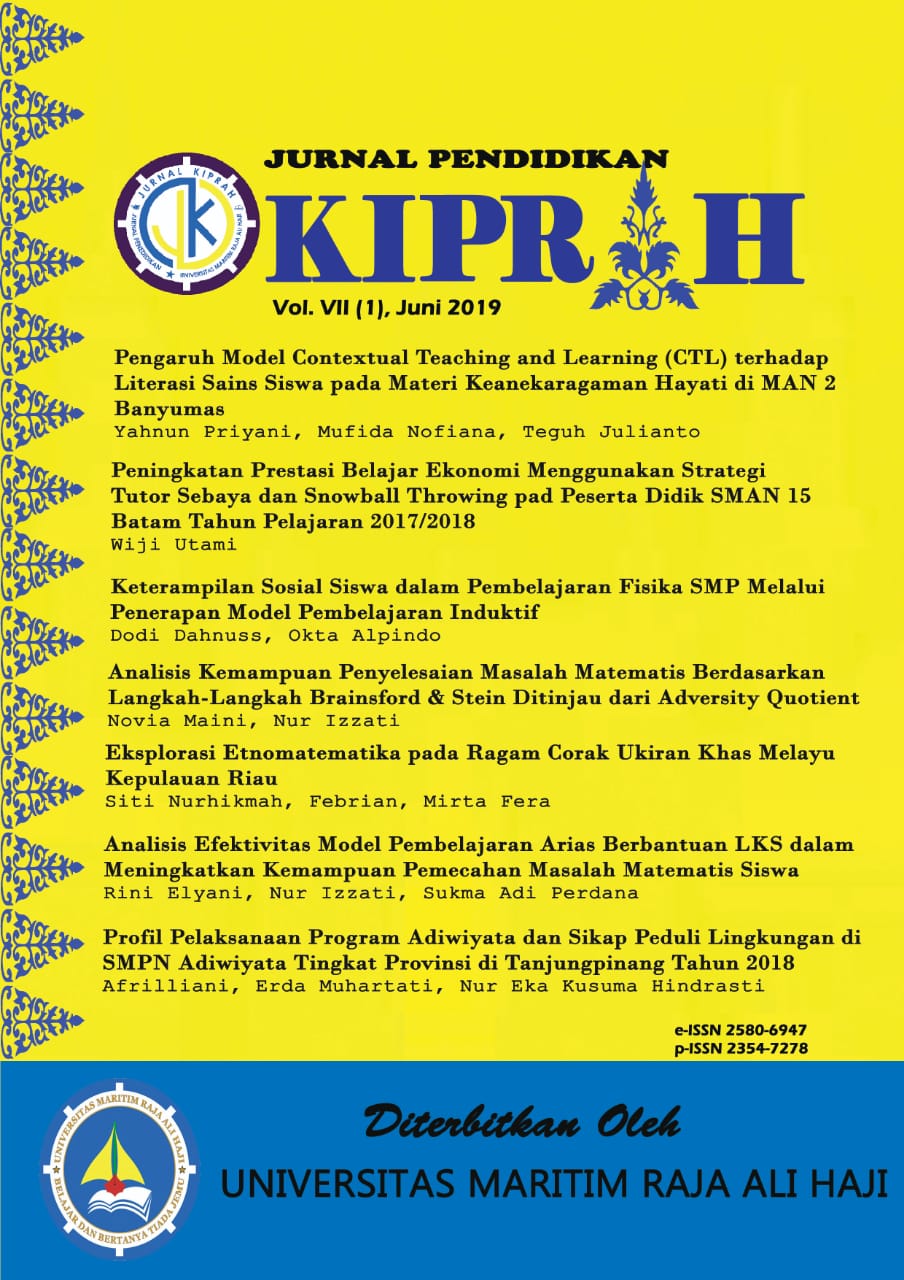