The purpose of this research is to find out whether or not the roundtable technique is effective for writing descriptive text in eighth grade at SMP Negeri 3 Tanjungpinang. The reserach used quantitative method with method using quasi-experimental design. The study sample was divided into two groups: experimental and control. In this study, the authors was applied online learning considering the outbreak of the Covid-19 virus. The pre-test was given at the beginning of the study in each class, and then followed by given the treatment of the roundtable technique in composing descriptive text in the experimental class and small group discussion in the control class. After that, a post-test was given at the end of the study. Furthermore, the data was analyzed by using SPSS 21. The findings of the independent t-test revealed that the significant value generated Sig. (2-tailed) = 0.000 smaller than 0.05. As a result, it supports the hypothesis that using roundtable technique is effective toward writing descriptive text at the eighth grade of SMP Negeri 3 Tanjungpinang. 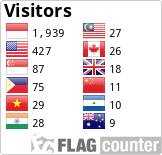 Juliet is licensed under a Creative Commons Attribution-NonComercial-ShareAlike 4.0 International License.